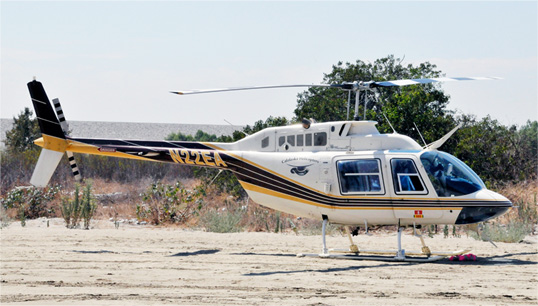 A decade ago, a Russian rocket engineer walked into Dave Baskett’s office in Santa Maria and asked if he knew anything about the Beriev Be 200, a jet powered amphibious aircraft designed for fighting wildfires. This began the first steps to building a dream.

There is now a goal to provide 300-500 jobs here in the central coast of California to acquire, support, operate, and then license and build a fleet of the Be 200’s. These aircraft can more effectively fight the growing wildfire threat that destroys human and animal lives, consumes huge resources, and adds to atmospheric pollution.

The company now consists of a support team with Charlie Jenzen as an Aerospace Engineer in charge of technical support. James Bagnard, who came aboard 4 years ago with experience as a Marine Attack Pilot, a Commercial Airline Captain and a Fire Fighting pilot. Jim has 27,000 hours and has flown many kinds of aircraft for more than four decades. Meetings continue with the UAC (United Aircraft Company), Beriev and Airbus to focus on the financing and schedules. IES via the acquisition of USAF veteran owned Calalaska Helicopters Inc. now has the necessary FAA operating permits, a seasoned team, contracts with federal and state fire agencies, and is growing Calalaska, which is now the operating unit of IES. In parallel and in cooperation with Airbus and other aviation companies, IES has assembled a Be 200 focused “Global” team consisting of international aviation experts in the US, Russia, France, and Israel along with their supporting financial institutions which have experience in aviation manufacturing, certification, logistics, support and operations.

The end result will be a significant improvement in the ability to save lives, land and structures with both helicopters and the Be 200 from a major base in Santa Maria.